The city of Baripada is said to be one of the important centers of trade and economy of Odisha. It is well known for the trade of Rice, Timber and Sugarcane. Along with several industries like art and handicrafts, Pottery crafting, weaving and distilling the economy of Baripada is emerging as one of the factor responsible for the growing economies of the state. 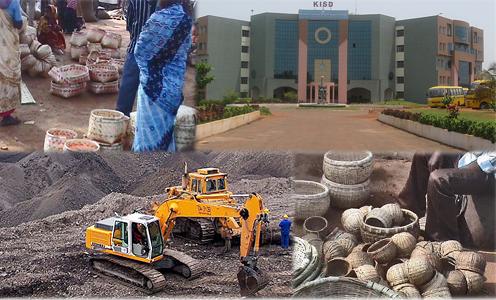 Varieties of flowers such as the Gladiolus, Marigold, Rose and Tuberose are grown here and are also sold as commercial products of the entire district. Among the other flowers such as the Michelia champaca also known as Champa, Jasmine, Calendula, Antirrhinum, Dahlia, Tuberna monana also known as Tagara, Phlox, Chrysanthemum, Aster etc are the varieties of Orchids which are also grown in the city of Baripada.

The Tribals of Baripada - Influence on its Economy

The entire state of Odisha is dependent majorly on the agricultural sector. Around 68 percent of the total population which is residing in the rural areas and around 70 percent of its total population is dependent of the agriculture industry. The entire district of Mayurbhanja is called the region of tribes. Among more than 60 tribes of the entire state more than 46 are found in the district of mayurbhanja itself. In the year 2008 the per capita income which was calculated among the population of Odisha which included the forest product and the state domestic farming products was said to be 20 percent lesser than that of the national per capita income.

Regardless of the dense forests and rich natural resources the entire district of Mayurbhanja including Baripada is one of the poor districts of Odisha. With more than 47percent of its rural population being said to be below poverty line and majority of the population is dependent on the primary sectors. Even the agriculture is also undeveloped due to the lack of proper irrigation facility.

The only product that is being produced in these areas of Baripada which is said to be giving out marginal returns is the Sabai Grass. The Sabai Grass is also known as the ‘Money Plant’ ass it is one of the cash yielding products of the district. The entire agriculture industry which is associated with several other agricultural products manufacturing, the various activities are being taking place to improvise the production of the Sabai Grass. The Grass being used in the making of several household products such as the carpets, wall hangings, sofa sets, mats, ropes etc long with several fashionable products which are in high demand ever since. The Sabai Grass has a potential demand in the market all over and is very much used in the foreign countries as well. This is one of the famous industries of the state which yields great returns to the farmers engaged in manufacturing and cultivation of Sabai Grass. The Sabai Grass also ensures the economic progress as the techniques of innovation and the modernization takes place in the rural areas of the state.