One of the most famous villages of Odisha, Khiching is located near Baripada in Mayurbhanja District of Odisha. The village is well known for the temple of Goddess Kichakeswari which is located at the heart of the village. The temple of Goddess Kichakeswari is believed to be very sacred and has its own historical importance and it is also very famous for its structure which completely is built of Black Stones. 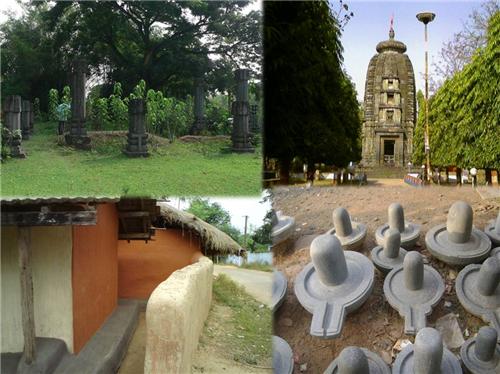 The village of Khiching is located at a distance of around 120 km from the city of Baripada and is also closer to the city of Keonjhargarh. As per the historical evidences it is believed that Khiching was the earlier capital of the rulers of Bhanja Dynasty and was also said to be one of the most important destination from the point of view of the art and culture, spiritual activities and the architectural design.

The temple of Goddess Kichakeswari is said to be the most important tourist attraction of Village Khiching. The 8th century old temple Goddess Kichakeswari Temple is said to be the seat of the deity if the Bhanja dynasty and hence has a special mention in the history o the state of Odisha. The present structure was said to be constructed in year 1934 by then king of Mayurbhanja, Maharaja Shree Prataap Chandra Bhanj Deo and it is also said that he spent almost Indian currency Rupees 85,000 at that time and made this marvelous structure. 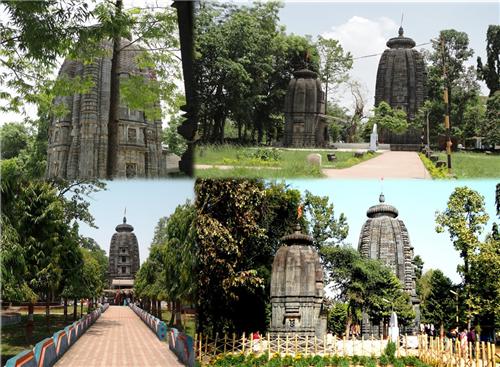 The books of the history have mentions that the Khiching temple located at the Khiching village was a group of some odd 8 shrines. These 8 temples were dedicated in the worship of Lord Shiva and even today there are the seven Lingams of Lord Shiva can be found there. The temple of Goddess Kichakeswari is believed to be visited by the princely family of the state of that era along with the chiefs of the state of Mayurbhanja. Presently the village of Khiching has 3 temples which are dedicated to the Goddess Kichakeswari, God Chandrasekhar and Goddess Kutaitundi. There are the remaining of the forts of once ruling dynasty at the places named Kichakagarh and Viratgarh which are now the part of Mayurbhanja district.

The temple of Goddess Kichakeswari is around 100 ft tall and is built up on an area of around 1777 sq. ft. The temple of Goddess Kichakeswari is one of the unique architectural examples of the state of Odisha as is completely made up of the chlorite. The temple is beautifully carved out from that of the outer surfaces. It is one of the places of attraction of Khiching as well as for the city of Baripada. The temple that we see today at Khiching was actually built up in the 20th century but the original structure was first crafted in the 8th century AD. The temple was reconstructed as it was destroyed because of the climatic conditions and the wear and tear that happened with the time that passed by. The main deity of the temple is goddess Kichakeswari which is said to be a form of goddess Chamunda.

The temple has a huge idol of Goddess Chamunda with ten arms and is seated on the dead body of a Daitya. The idol of Chamunda is decorated with the garland of skulls, prominent veins with pinched abdomen and ribs. The holy Chaitya curves of Parasvadevatas along with the scroll works of that era can also be seen today even in the best conserved form in the temple of Goddess Kichakeswari. The contemporary format is being used in the construction of the temple of Goddess Kichakeswari which has its form matching with that of the other famous temples of the state such as the temple of Lingaraj and the temple of Brahmesvara. The walls and the plinth of the Goddess Kichakeswari temple stand straight in the premises and there is also a Sikhara inside the temple which is still in the same position as it was initially established here but the Mastaka part was slightly broken and which was also re-stored at its original position. The embellishment are beautifully done on the lintel, Dwaar-palas (gatekeepers named as the Prachanda and Chanda) and also at the doorjambs. Rest of the structures that the temple possesses is equally amazing and also reflects the skills and the complexity in the designs done by the talented artists of Odisha.

The temple of Goddess Kichakeswari is faced towards East and has the rekha-vimana which stands over the elevated podium which is of around a meter. The inner part of the temple area where the idol of Goddess is situated is a single room which is used as the room of deity and is worshiped there itself. The outer part of the temple is also very well decorated with the splendid sculptors of Lord Ganesha, nayakas, Kirtimukha, naga-nagin, Khakharamundi and several other God and Goddess. There is also a huge pillar that is carved with the shapes made over it of that of the Naga and Nagins and are also said to be the unique architectural domains of the temple.


Timings of the Temple

There are many villages which are located near the Khiching village which includes the Naupana, Salabana, Sukruli, Kichakagada and the village of Viratagada. There are several festivals that are celebrated at the village Khiching and are among them the most important and the festival which has also a historical connection with the village is that Shivaratri. The festival of Shivratri has a special importance here and hence it is celebrated for seven long days. It is believed that the God Shiva who is said to be the husband of Goddess Shakti and whose form is the Goddess Kichakeswari has special blessings on the people of the Khiching village.

In 1908 while the excavation was being carried away by the Department of Archaeological Survey of India, many images and idols of Gods and Goddess were found and there were the idols of Buddha were also found. To preserve these, a museum was constructed in the year 1922 by then king Maharaja Shri Purnaa Chandra Bhanj Deo. The idols of huge size of Lord Ganesha, Parvati, Goddess Durga, Goddess Tara, Ardhanageswar, Nandi, Goddess Avalokiteswar Vaishnavi, Goddess Mahishasuramardini, Lord Kartikeya, Goddess Maheshwara, Goddess Uma, Goddess Dhyani, Goddess Parsvanatha, and Lord Buddha are kept on display in the museum constructed inside the premises of the Goddess Kichakeswari temple. Several other displays at the museum includes the precious items of that era such as the seals, ornaments, iron implements, copper implements, potteries, stone tools and coins.

There are several other tourist destinations near the Village Khiching that can be visited such as the Jashipur, Jwalamukhi temple, Haripur, Manatri and Rairangapur.

How to Reach Khiching Village

By Road- There are numerous Buses available from Baripada Station, Keonjhar, Rairangpur, Jashipur and Karanjia are available for the Village Khiching. At frequent interval of time the trekkers are also available from several location of Mayurbhana district.

By Air – Jamshedpur airport is said to be one of the closest airport to the Khiching Village located at a distance of around 146 km. Other nearest Air terminals are the Biju Patnaik International Airport at Bhubaneswar and the Dum Dum Airport at Kolkata.